Seems I have competition these days for Master's attention.

As I stand in the kitchen making dinner, I hear that all too familiar sound of the garage door letting me know Master just got home from work.

Stopping what I am doing, I take my place, kneeling down on the floor by the door so that I am the first thing he sees when he comes in.

I wait patiently to greet each of his shoes with my kiss, which is always followed by him taking my hands and pulling me up to him for a kiss. I love this new little ritual.

But here SHE comes again, ready to greet her Master too.

Her eyes stare longingly at the crack of light coming from under the door.  Her ears perk because she can hear the sound of His footsteps coming from farther away than I can.

She begins pacing as she continues to wait but then stops firmly in front of me and sits down, still intent on the door.

Greedy bitch she is...tries to be the first.  Oh, we have played this game before.

This time, without moving an inch, I softly growl two words, "Get back".

I smile to myself when she gets up and moves away from the door, actually going off to eat her dinner and wait her rightful turn.

However, I will be the alpha bitch!

That is...just as soon as I can keep the other dog from trying to hump me every time I sit on the floor. 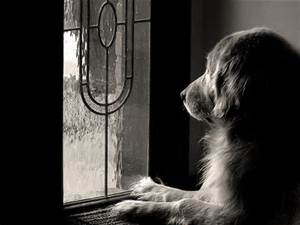 It's been exactly one month since the weekend of my loan.  And while Heron and I have described in great detail what happened during that weekend and directly upon my return, I haven't really discussed how we continued to cope in the days and weeks afterwards.

I'm not typically one to need, or even desire much aftercare when it comes to most things Heron and I do.  But in this particular situation, it's probably not difficult to imagine that proper aftercare was crucial to my ability to process and accept everything that happened and to do it in the most positive way possible.  Working through all the emotions wasn't going to take just a couple of hours, or even a couple of days.  Aftercare was going to be an on-going process until it wasn't necessary anymore.

The one thing that was quite obvious after I returned on Sunday was that we needed more time together to rest and recuperate.  Heron insisted that I call in to work and take that following day off, and He did as well so He could stay home to look after me.

His process of "reclaiming" me had been yet another intense experience but from that point forward, His focus became helping to build me back up, both physically and mentally.

The entire next week, I was required to do very little. All household chores and tasks were suspended. Any physical exertion, outside of just normal day to day activities, was reserved solely for intimacy with him. He pampered me in just about every way possible which I thoroughly enjoyed even though I tried not to get too used to it.

We also spent more time that I can even comprehend just talking that week.  Heron wanted, or rather NEEDED, to know every last detail of my experience.  It's how He processes and being quite honest, it wasn't just me who had a lot to work through.

But there was so much, so many little details that I didn't remember until even days later.  While He knew the major highlights of my time away, the depths of the story unfolded bit by bit as my brain and body relaxed enough to regurgitate it all.  It was odd how I could be doing the most random thing and then out of the blue, some thought or memory would flash in front of me.  He was always right there ready to listen and talk about it.

At times, the conversations between us were quite emotional.  And I am thankful he exposed that vulnerable side of Himself.  It proved to me that He didn't take His choice, or my experience, lightly and that He really was bearing the full weight of His decision. The honesty in our discussions kept me from retreating to that quiet place inside myself.  It's in that quiet place where my thoughts get confused and lost, and my mind settles into the darkness.  He was determined to keep me from going there.

But eventually, even I grew pretty tired of thinking and talking about it.  Routine and resuming life as we knew it was what I craved.  Kneeling in front of Heron exactly one week after coming home, I expressed how I needed our structure again and He agreed it was time.

Heron was very fond of the greeting and serving protocol that I had learned so those were implemented into our normal routine starting that second week. And with the soreness pretty much finally gone from my body, we also resumed position training.  This was something Heron was unhappy with Himself for neglecting. Not only was it a good refresher but a good way to ease my body back into light physical demands.  He kept exercise still limited though.

We have still continued to talk about it but on a much less emotional level.  Usually it's because He has some kind of question about something I have already told him and is just looking for clarification.   Sometimes we talk about where we go from here.  I know this won't be the end of my challenges, which is a little scary.

I think we both recognize how it has changed us and how we have grown both as individuals and as a couple.  But overall, I am amazed at the profound positive impact it's made in our relationship and our dynamic.  It's almost as if we have spent this past month in our own special bubble, nurturing the closeness that this experience brought us. 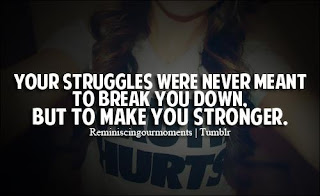 August was quite an interesting month for us. If you have been reading the past several posts, you already know about one of our recent adventures.

But I did say, way back in an earlier post, that we had TWO new experiences planned so that means I still have one to talk about.

And I think for once, instead of my boundaries being pushed, it was Master who was WAY out of His comfort zone.

Originally, I thought He might just be in a few of the pictures but He actually participated in almost all of them.

I can't even begin to explain what an amazing experience this was, especially for us to do it together.

Gosh...it's making me crazy to wait to see the final results!!  Perhaps, I will even be able to share some of them when we get them back.