Since today was election day, the kids were out of school. Naturally, that meant their friends had to sleep over last night.   Apparently, it was shaping up to be another night of no privacy for Heron and I, but it's that time of month for me anyways.

Well at about 9:00, my younger daughter and all her friends decided they wanted big sister to take them to the ice cream shop down the road.  Cold as it's been, beats the hell out me why they would want to do that, but who's complaining?  It got them out of the house for a little bit.

Now, as He continued playing His game, I was given permission to pleasure myself.  Before even the last spasm of my orgasm shook through my body, He insisted "Again".  The second one took a little longer but was even more powerful than the first.  Feeling perfectly relaxed and content, I would have been happy to stop at this point, but then He told me to continue until He said otherwise.

I will admit, multiples never happen for me without the Hitachi.  But even still, I have to stop for a few minutes in between each otherwise I get completely over-stimulated.  That damn thing is one of God's gift to women I tell you.  Unless of course you are being tortured with it.  LOL

After about 30 minutes or so, the kids got back home and by that time, I was up to 5.  I thought that was pretty impressive considering how difficult it was to concentrate with the sound of guns blasting and zombie slaying happening only a few feet away.

Obviously, now that the kids were back home, private time was over so after turning the game off, He leaned over me and asked me had I gotten to ten yet.

Starting to get up from the floor, I told Him I had gotten to five.  He opened our bedroom door, turned the handle so it would be locked and told me I owed Him ten.

I tried to question thinking He meant I owed Him a total of ten. But no, He clearly meant an additional ten.  Any meager efforts to protest fell on deaf ears as He left the room telling me to come get Him when I was finished.

Normally, I might rush to judgement and feel a bit put off thinking that He was just leaving me to entertain myself so that He didn't have to.  But I understood His intention with leaving and that was to make sure the kids stayed away.

Now, I'm certainly not going to complain because 15 orgasms is absolutely better than NONE and I am smart enough to know where complaining will get me.  And I do really love my Hitachi.

But in all honesty, I would take one orgasm with Him over 15 with the Hitachi, any day.

In the end, it took almost an additional hour to finish the last ten I owed Him and I was a bit embarrassed when He came in the room and looked over at the pile of soaked towels...because that's something else only the Hitachi can do! 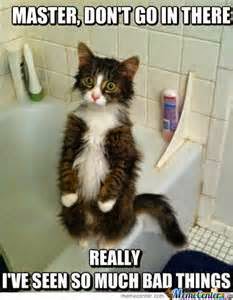 Was there a coherent thought left in my head?

And even if I had wanted to be upset for how bad my neck and arm were cramping, I didn't have one ounce of energy to care about anything except maybe falling flat on my face and going to sleep.
Posted by little girl at 6:02 PM