Hopefully everyone had a wonderful Thanksgiving with family and is surviving the Black Friday shopping if you chose to go out and brave that craziness today.  We, on the other hand, have yet another Thanksgiving meal to get through.  Yesterday was my family, today is Daddy's.  And thinking about all this food and how stuffed I am, reminds me of our date night last week.

Last Friday night, Daddy and I went out for dinner. As we were exiting the freeway, He voiced His concerns about my recent eating habits and how my need to control food was beginning to manifest itself again.

When He and I met, no one in my life knew about the 3 year battle I had just overcome with eating disorders. I don't know why I felt compelled to share it with Him so quickly in our relationship, except for the fact that I just trusted Him that much.  I will never forget His words...If I ever catch you having problems like that again, I will take you straight to the hospital.  Yikes!!  Sounded harsh but I loved Him even more for caring that much.

And while I don't struggle like I did as a teenager, the actual mindset and counting of calories is an ever-present balancing act, never letting myself get too carried away one direction or the other.  But since we've started eating paleo, I've lost a few extra pounds that I really didn't need to. It wasn't intentional, but we have eliminated pretty much all grains and processed foods.

He doesn't usually choose to control my food but apparently this was an area He was temporarily taking over.  And while I truly appreciate that He cares enough about my overall well-being to notice what I eat and don't eat, I could already feel the panic welling up inside me at the thought of being made to put these pounds back on.

So we sit down at our table and when the waitress comes to ask for our drink order, she first looks at me, which is always a bit uncomfortable as I shift my eyes to Him.  He promptly asks for her to bring me a pina colada and then orders an unsweet tea for Himself.

When she returned with the drinks and to take our dinner order, my menu was closed and lying on the table and I was already looking to Him hoping she would understand my gesture.

His choice was actually what I had eyed on the menu so I was pleased...butterflied chicken breast with a balsamic raspberry glaze and broccoli.

While waiting for dinner to come, I was slowly sipping on my drink and noticed He was already scouring the menu for my next drink. I tried reasoning with Him that I didn't need another drink, since I had also had one at home as well, but of course, that didn't work.

He stopped her as she walked by, asking what drink she would recommend. Oh, she just got so excited.

"Sir, I just love the black and blue margarita.  It's my absolute favorite.  Would you like me to bring you one?"

No, I don't drink but you can bring one for my wife.

She giggles a little and heads off with a promise of returning shortly.

The second drink arrives and is bigger than the first. Might as well have been a darn fish bowl and I still had half the pina colada!!

So I am working on this monster of a margarita. Dinner comes and I barely manage to get through about half of it.  He was fine with me taking the rest home but already knew what was coming next.  The waitress returns and asks Him if she can bring me another margarita.

Ah...she was catching on now.

I gave my somewhat fake, overly-pleasant laugh and said "please, don't instigate Him".  They both laughed at me and He tells her "No drink, but she'll have the brownie sundae".

Eventually, I manage to down both drinks and several bites of the brownie sundae but that was it. I was done and honestly didn't care if I was in trouble or not.  There wasn't another bite or sip of anything going in my mouth and had He forced the issue, I surely would have broken down and cried (and probably thrown up) right there in the restaurant.

Thankfully, He didn't press any further. He asked if I was finished and I nodded my head in defeat, and I watched as He polished off the dessert.

When she came back to bring us the check she said in the sweetest and southern voice, "I do hope ya'll come back and see me.  You two are just so much fun". And then looked at me and said "and you are just such a good sport".

All I could think was Lady, you have no idea! 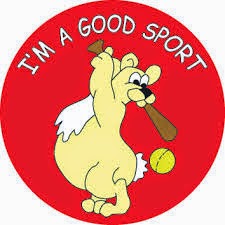