Something I have thought about a lot lately is touch because over the years, I have come to realize that I am just not a touchy-feely person.  In fact, sometimes it's as if there is an invisible box around me, with only a few people that are granted entrance inside.  I definitely am not the type of person to intrude into someone else's personal space while talking nor do I reach out to casually touch them, and I appreciate when people respect my space in return. However, I understand some people thrive on touch and that's ok.  If I'm not comfortable, I just attempt to move slightly and re-establish my invisible box.

Of course, my kids seem to own the key to this imaginary box of mine, barging in whenever they feel like. But that's different and perfectly fine with me for the most part.  There are days when I am touched out and I have to say "ok...mommy needs some space" but I try to remind myself that this precious time is short and one day they won't be interested in sitting on my lap (even though they are really too big for that now) or sharing snuggles.

The dogs are kind of like this too.  No sense trying to create space with them because they force themselves in my lap anyways.  With cute faces and wagging tails, who can resist?

Now, Daddy is altogether different.  With Him, I have no imaginary box or boundaries.  I want to be in His personal space as much as I need for Him to be in mine...all the time. Nothing makes my thoughts spiral out of control faster than a lack of physical connection between us and I'm not just referring to intimacy.  I'm talking about a hug, a brush on my arm or back, sitting at His feet with my head in His lap, anything.  His touch has the power to keep me grounded through everything life throws at us.

Speaking of touch and grounding, this makes me think about what happens when electricity passes through two people in love or lust.  Not the figurative "spark", even though after all this time together, Daddy's touch still lights me up and makes my stomach flutter.  What I am talking about is electricity literally running though Him...and into me.

I've mentioned the Violet Wand before and how much we both love that toy.  Well, there is an adaptor (or Body Contact Accessory) that allows the person wielding the wand to become the conductor.

The metal plate fits snuggly against His skin (He likes to tuck it inside the waist of His pants) and the other end then plugs into where the glass of the wand would normally be inserted.  With one hand, He can hold the base of the wand, leaving His other hand to freely roam around touching and zapping my body.

There is a slight downside though.  It zaps the "giver" as much as it does the "receiver" when skin connects.  Him being the sadist, wasn't too much impressed with that the first time He tried it.

But the other day He pulled it out and tried it again.  He spent some time working me over with the wand itself before hooking up the attachment.  At first, He just lightly touched my stomach with one finger and we both flinched as it delivered a nice shocked to us both.

Eventually, His hand and fingers were sending shock waves of electricity along my stomach, the inside of my thighs, and across my tits.  Finally, His fingers made their way to that ever so sensitive spot between my legs.

I tried several times to write about how hot this was and I just don't think I can do it justice so I will leave it as a moment between Him and I...and your imagination! 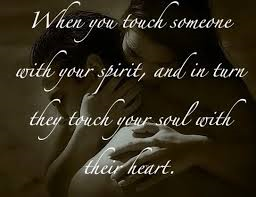 When one flesh is waiting, there is electricity in the merest contact-Wallace Stegner