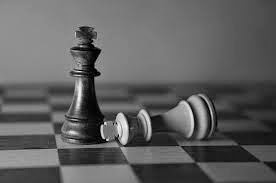 This past weekend, I was thankful to feel so deliciously sore and sated.  It had been a couple weeks since feeling Heron's touch or receiving any pleasure myself, other than orally servicing Him of course. So He made sure that I was quite indulged.  Two days in a row even!

But of course, there always that moment when I realize such luxuries come at a price and this time was no exception.  As I laid on the bed, still soaking up His full attention and affections, He explained my impending doom.

A period of extended denial that would begin at the conclusion of the weekend. Now how long, I don't really know.  I assume weeks, maybe a month.

I kick myself though because no matter how many times I've been here before, it remains difficult to still my thoughts to this situation. Rather than continuing to enjoy the moment, my mind had already jumped ahead to the "what's to come". But I suppose that's part of what He enjoys...feeling me mentally squirm, watching as the panic sets in while He describes all the ways He intends to torment me in the (un)coming weeks.

Surely, allowing me several orgasms over the weekend would at least help during the first few days of my going without but it is most certainly NOT.  It's not often that I get to enjoy the full pleasure of His body and mouth, and now it's all I can think about.  Then that little voice in my head reminds me that constant craving will not be quenched any time soon.

My brain is already such a jumbled mess, and even though I'm supposed to be preparing for this week's "story time", I can't put anything reasonable together with the distraction of this throbbing between my legs.

While pillaging the internet last night, hoping to find inspiration for my upcoming story, I even considered breaking the rules and touching myself.  The pictures really did me in.

He wouldn't have to know...obviously a fleeing thought, but a thought nonetheless.

I know He's got me right where He wants me.  I'm just not exactly sure where that is and what He intends to do with me.
Posted by little girl at 2:51 PM