Yesterday, on New Year's afternoon, Daddy and I went out for a hike.  It was a chilly, overcast kind of day here in the south, but it felt good to be outside and move around, and just be together. 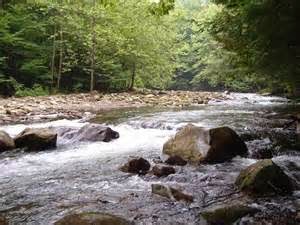 With the river on our left, we followed the sidewalk until it ended and turned into a more subtle woodsy walking trail.  We were also very much alone.  Stopping only briefly to admire a beautiful, old railroad tressel, we then continued on for what seemed like miles until the trail pretty much came to a dead end.

Standing at the end of the path in this deserted area of the woods, I had such an overwhelming desire to be on my knees and have Him take my mouth, using it solely for His pleasure, but He's not one for taking risks like that, at least not where He's involved.

As we turned to head back, I jokingly commented that someone could dump a body out in this remote area and it not be found for days, hoping to make my point about how alone we really were.

Daddy agreed but wasn't taking the bait. Instead, He replied with "someone could also be forced to come out here and crawl around naked and no one would see that either. Thanks for the idea. I'll have to keep that in mind."

Me and my big mouth.

The idea of it didn't really bother me.  I only hope it won't be too much to request using   knee pads if He actually decides to make me do that.  LOL

We continued on a little farther and He bent over, picking up a long, thin piece of bamboo that was slightly hidden amongst the dead leaves.  Snapping off about a 3 foot piece, He looked at me with...the look.  You know the one.  The sinister but oh so delicious look that both scares and excites you and reminds you that your ass, and every other tender part of your body, is His.  But thankfully, He assured me it was still too green yet to actually use.

Once we finally made our way back to the more traveled path, He handed me the soon to be cane and told me to carry it...and get used to it's smooth, firm feel. I couldn't feel the flush in my cheeks but He certainly noticed.