It All Adds Up

This weekend kicked off the busy season for us.  With soccer back in full swing, we will spend the next couple months cheering on our little one from the sidelines which is always fun.  Saturday morning I had to work and then spent far too long waiting on my car to be serviced.  Older one's senior project is due in just a couple of weeks so she was working on that and while Heron tried to squeeze in a little fishing Sunday morning, there were plenty of chores that needed tending to.

But the whole weekend, there was something looming over my head.  I tried not to worry too much over it but it was there, in the forefront of my mind, especially after He asked me where I had put the bamboo.  I talked about this bamboo in a post earlier in the year.  It was something He picked up while we were out on a walk, but was still too green to use.

It had been quite some time since He saw fit to punish me for anything.  With a very concerted effort to dot my I's and cross my T's, there have been no major infractions to speak of.  But earlier last week, Heron began casually hinting to some things He had noticed.  They were all minor, nothing He was really concerned about, but it was a firm warning that they had been duly noted and they were  beginning to add up.

For example, it's my responsibility to keep our cars clean inside and out (but particularly the inside).  Just an FYI...white dog and dark car interiors just don't mix.  She never even rides in the car unless going to the vet, but somehow her hair gets everywhere.  For weeks, the weather just hadn't cooperated on the weekends.  So, the washing and vacuuming was...shall we say...a little inconsistent. Admittedly, the interiors could have been vacuumed regardless.

Maybe complacency was a little bit of the problem.  He had been pleased with me in so many other areas and I was often doing more than was expected.  Surely it wouldn't be a big deal if the weather wasn't cooperating enough to take care of the cars.

I tried to take care of the other little things He pointed out and then finally came the tipping point.  The air vent and ceiling fan above our bed had begun to grow dust bunnies and He'd asked me to take care of it.

Well, at what point do you think He noticed that I had forgotten?

Of course, Saturday night while He was receiving my oral pleasures.  I didn't even know what to say  and my mouth was full anyways so there wasn't really anything I could say.

All I could think was Damn...I had been so proud of myself for remembering to clean the fan but apparently I had completely forgotten about the vent.  Doesn't even make sense that I flaked on that because they are only like two feet apart from each other.

Nothing else was said until Sunday evening after dinner when He said to follow Him upstairs.  With very little time before we would most likely be interrupted, He told me to pull my pants down without bothering to remove them all the way.  He actually liked the look of my jeans pulled down around my ankles with my boots still on.   Standing in the middle of the room, with legs spread as wide as my pants would allow, hands laced behind my head, I waited as He walked around me with the bamboo in hand, asking me to say out loud why I was being spanked.

The first strike landed across my backside, making my legs buckle just a little.  The next four were slow, methodical even, and each one made me squirm more than the one before.  But I was reminded these were the easy ones, for the lesser infractions.  The last 10, reserved for not cleaning the vent, came with a reminder to hold my position.  They came fast, one right after the other, making it hard to catch my breath much less move.

I was sure the angry stripes would still be there the next morning but when I looked in the mirror, they had faded.  It was weird though...the heat of the shower seemed to bring them back. Not sure if I've ever experienced that.

So while I was a little discouraged at first, wanting to justify why I hadn't been able to do this or that, I realized that no matter how hard I think I am trying, there may still be room for improvement. 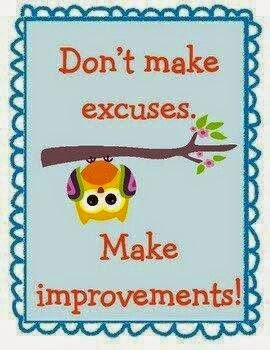